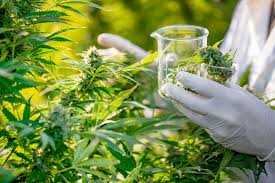 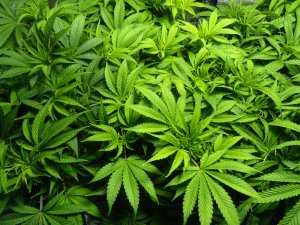 Pancreatic cancer according to statistics is a type of cancer that unfortunately has some of the lowest survival rates in the world. A new study in mice has revealed a naturally occurring marijuana compound which could help address this problem.

What is a cannabis flavonoid? 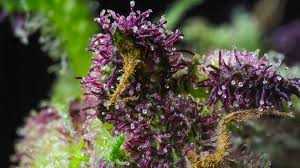 Flavonids are neither a cannaboid, nor do they possess any psychoactive component thus separating them apart from the more regularly consumed forms of marijuana like CBD oil or marijuana-infused foods. More than 6,000 variations of flavonoids have been identified but the Harvard scientists see great potential in one found in cannabis and used to make a compound known as FBL-03G. It should be noted that it is not the first time marijuana has been used as a cancer treatment and it is more traditionally used to ease unpleasant side-effects of standard cancer therapies like chemo and radiation.

Flavonoids   refer secondary metabolites found in plants and fungus. The ones found only in marijuana are known as cannaflavins. These give the plant an attractive colour to attract pollinators and also work in conjunction with terpenes to give the plant its’ taste and aroma and protect the plant from pests and diseases. A number of recent studies have revealed many pharmacological benefits to the flavonoids found specifically in the cannabis plant.

A research carried out by researchers with Dana Farber Cancer Institute and Harvard Medical School, on animal models to examine the impact of FBL-03G (a flavonoid derived from Cannabis sativa L) on the progression of tumours revealed the therapeutic efficacy of marijuana in both local and metastatic tumour progression in animals with pancreatic cancer. They used a combination treatment of cannabis flavonoid FBL-03G as an immunoadjuvant.  The researches were first carried out with and without radiotherapy (RT), with the flavonoid being sustainably delivered from smart radiotherapy biomaterials.

Another clinical stuy published in Frontiers in Oncology, carried out repeated experiments that revealed a significant increases in the survival rate for animals with pancreatic cancer compared to control groups.These results highlight the potential of using non-cannabinoid, non-psychoactive derivatives of marijuana for such treatment. Thus The FBL-03G results have brought to light  a new potential non-cannabinoid cannabis derivative with major potential for consideration in further investigations in the treatment of pancreatic cancer, where new therapy options are urgently needed due to gravity of the disease.

Researchers have also revealed that marijuana inhibits tumour growth in other parts of the body. Some unprecedented findings of the study in the study that demonstrated the marijuana flavonoid also inhibited tumour progression in other parts of the body that the cancer had spread to. During the study, patients were  administered a sustained delivery of the cannabis flavonoid derivative FBL-03G from smart radiotherapy biomaterials (SRBs) which resulted in the inhibition of  tumour growth of both locally treated and distant untreated tumours, with and without radiotherapy. This research noted that  the  FBL-03G payload used in thied study was  a flavonoid non-cannabinoid derivative of marijuana, and its  potential to inhibit both local and metastatic tumour progression was discovered to be  remarkable, especially for pancreatic cancer, with a dismal five-year survival rate of 8%.

Current statistics state that the survival rate for advanced pancreatic cancers is an average of five years, with current treatment including conventional options such as chemotherapy, radiation and immunotherapy, and surgery all of which have recorded limited success due to the aggressive nature of this type of cancer. If future clinical test succeed in proving that CBD is effective in improving survival rates for individuals going through chemotherapy for pancreatic cancer, it could also mean that the marijuana compounds will help to offset some of the treatment’s side effects. Further research is needed to optimize therapeutic efficacy of cannabis derivatives and evaluate toxicity so as to set the stage for clinical translation.

What Is CBC and What Are the Benefits of This Cannabinoid?

10 Things to Know About Cannabis and Sleep

Cannabidiol as an Adjunctive Treatment for Schizophrenia

January 7, 2019
Buy Marijuana online without any risk. Buy Weed Online without medical card or prescription. Entirecannabis Sells Top-shelf Medical Marijuana Products online.
No random orders. Place an order only when you are ready to pay. This website is only for those are seriously interested in top-shelf marijuana products.