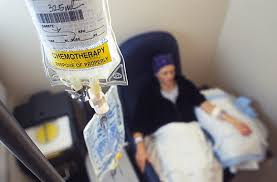 Medical research and popular culture has made the terms “marijuana” and “cancer treatment” to go hand-in-hand. This notion is supported up by modern scientific research accompanied by a growing body of proves supporting the use of cannabis for the treatment of cancer and its associated symptoms including pain, nausea, and loss of appetite. However, the legal status of marijuana coupled with lack of cannabis education makes many oncologists reluctant to recommend marijuana to their patients as such pushing most patients to medicate with cannabis without informing their doctors.

A survey conducted in 2018 on cancer revealed that one in eight patients reported using marijuana to treat cancer symptoms and that only 15% of patients agreed with the statement  that marijuana interferes with other medications.

A cannabis physician by name Dr. Joseph Rosado, lecturer, and author of Hope and healing: the case of Cannabis clearly stated that marijuana interacts with every medication that is processed through the liver, including all chemotherapy drugs and that he has treated nearly 400 cancer patients with cannabis medicine

How Does Marijuana Interact With Chemotherapy Drugs?

According to Dr. Joseph Rosado When cannabinoids such as CBD and THC  are ingested  orally, they interact with other medications that are processed by Cytochrome P450 (CYP) enzymes  present in the liver,  causing  the levels of the other drug to rise, fall, or rise and then fall. The human body uses CYP enzymes in metabolizing 60 % of the drugs available on the market today, such as all chemotherapy drugs and several anti-epileptic drugs, heart medications, not leaving out antifungal medications (drugs that end with “azole”).

It should be noted that Chemotherapy drugs are cytotoxic, implying that they are toxic to all living cells.  Since the goal of chemotherapy is to kill as many cancer cells as possible while minimizing the death of healthy cells, patients who use cannabis medicine in conjunction with chemotherapy run the risk of having a different concentration of toxic chemicals in their blood than expected because of the CYP interaction,  thus making marijuana  and chemotherapy a potentially dangerous combination.

Can Chemotherapy Patients Use Marijuana?

However Dr. Rosado revealed that marijuana can be used safely in conjunction with chemotherapy treatment and that the interactions in the liver can be easily avoided by changing the way the cannabis medicine is being administered.

He explained that CYP enzyme interactions in the liver mostly occur when cannabis is administered orally (pills, edibles, and tinctures) and sublingually.  He then reiterated that the liver can be bypassed if the mode of administration is changed, for example, using inhalation (vaping, smoking, and inhalers), creams and topical patches, or intra-rectal or intra-vaginal routes.  Dr. Rosado recommends inhalation as the best method as he described it as “a matter of absorption,”  According to him, when marijuana is inhaled, 100% of the medicine is absorbed within three to five minutes through an exchange of gasses in the lungs. This pushed the cannabinoids to bind directly to red blood cells, making their way into the bloodstream immediately, as such patients get more bang for their buck with inhalation.

Dr. Rosado also stressed the fact that  inhalation is even safer when the acid (non-activated) form of cannabinoids like CBDA is  used by patients  as these don’t appear to metabolize in the same way as non-acidic cannabinoids. Dr. Rosado recommends that patients vaporize marijuana flowers at 131°F (55°C) or lower to ensure that the cannabinoids are not activated.

Dr. Rosado also recommends vaporization over smoking since smoking marijuana comes with negative effect  that render it a poor choice for medicinal use.

What About Patients Who Cannot Inhale Marijuana?

According Dr. Rosado oral or sublingual cannabis should never be used by patients during chemotherapy treatments. Cannabis edibles should not be eaten within 1.5 to 2 hours of treatments to avoid hazardous interactions and patients should never use edibles when being treated for liver cancer because Liver cancer greatly reduces the liver’s ability to metabolize marijuana, not to mention the toxicity caused by the chemotherapy.

Dr. Rosado recommends a low-temperature tea made from cannabis buds for patients unable to inhale cannabis

Follow this recipe to make a medicinal marijuana tea:

The take home message is that whatever method used to take medical marijuana, any self-medication should always be fully disclosed to an oncologist.

What is Chronic Pain?

December 12, 2019
Buy Marijuana online without any risk. Buy Weed Online without medical card or prescription. Entirecannabis Sells Top-shelf Medical Marijuana Products online.
No random orders. Place an order only when you are ready to pay. This website is only for those are seriously interested in top-shelf marijuana products.