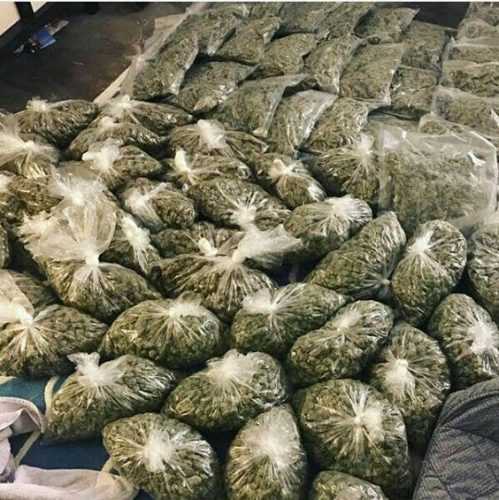 Buy weed online | Marijuana for sale in the US, Europe, and Australia

The town of Salem, West Virginia has about 1,400 residents. Around 850 of them are registered voters. Despite its diminutive size, Salem was on the verge of decriminalizing simple possession. An advocacy group, Sensible Movement Coalition, had gathered enough signatures to get the issue on the ballot for the city’s June 4 municipal election. But in February, city officials took the measure off the ballot after West Virginia Secretary of State Mac Warner’s office said the decriminalization ordinance would violate state law. That decision was subsequently challenged in court. And on Friday, U.S. District Judge Thomas S. Kleeh granted a temporary injunction requiring Salem to put cannabis decriminalization back on the June 4 ballot.

The WV Decrim Vote that Was, then Wasn’t, is Back On
West Virginia legalized medical cannabis on the eve of 4/20, 2017. But the program still isn’tup and running, two years later. At the start of 2019, some Virginia House Democrats introduced a bill to legalize adult-use marijuana. But that proposal is locked in committee and likely won’t advance further. But the idea behind state lawmakers’ bid for full legalization was to let communities chart their own course on cannabis. That’s exactly what Salem, West Virginia tried to do with its vote on decriminalization.

The “Sensible Marijuana Ordinance” would reduce the penalty for possessing small amounts of cannabis to the lowest state law allows—but only within Salem’s city limits, of course. Residents who supported the move to put the issue on the June ballot said they thought decriminalization would help fight the community’s ongoing battle with opioids. “I really think they should move forward with it”, resident Troy Thompson said. “One, the top reason mainly, to get rid of the opioid usage that’s going on around here.”

While the “Sensible Marijuana Ordinance,” would only have reduced penalties, concerns over the ordinance seemed to confuse it with legalization. “I wouldn’t want my kids to walk outside and be smelling marijuana,” one resident opposed to the decriminalization measure said.

But before residents could even make their voices heard at the ballot box, city officials removed the proposal. Officials made the decision after a memo from the Secretary of State said it is unlikely municipalities have the authority to decriminalize marijuana.

Decrim Vote Advocates Have to Pay for Reprinted Ballots
With a judge’s order to return the vote on decriminalization to the June ballot, Salem is now scrambling to reprint ballots to include the measure. Unfortunately, the judge’s decision came after one round of absentee ballots already went out to voters. So those voters won’t be able to weigh in on the issue. The next big deadline is May 9, when sample ballots have to be ready.

But instead of making Salem pay for reprinting the ballots they altered in violation of voters’ First Amendment rights, Judge Kleeh ordered the plaintiffs to foot the bill. They’ll have to pay a $500 cash bond to cover the printing costs of new ballots.

Virginia Secretary of State Says Decriminalization Could Violate State Law
In court, the City of Salem argued that it removed the decriminalization issue out of concern that it could contravene state law. The law in question is West Virginia‘s prohibition against cannabis, something decriminalization wouldn’t technically violate. But it appears the real legal question is whether a city like Salem has the authority to decriminalize cannabis in the first place. And the answer to that question is still up for debate.

“Plaintiffs do not pretend to know the answer. Even West Virginia’s secretary of state is uncertain,” said Salem city attorney Sam Harrold III.

Judge Kleeh’s ruling, in essence, tells Salem officials to cross that bridge when they come to it. In other words, blocking a vote on an ordinance that only “could” pose a problem for state law amounts to “unconstitutional prior constraint.”

And that means, come June, Salem voters will have their say on decriminalization. But if it passes, they’ll likely have to defend the ordinance in court.

Marijuana Therapy for the Treatment of Symptoms of Glaucoma

THE ESSENTIALS ABOUT CANNABIS OIL FOR EPILEPSY

THE ANTIBACTERIAL CANNABINOIDS FROM MARIJUANA PLANT AND THEIR BENEFITS

April 2, 2020
Buy Marijuana online without any risk. Buy Weed Online without medical card or prescription. Entirecannabis Sells Top-shelf Medical Marijuana Products online.
No random orders. Place an order only when you are ready to pay. This website is only for those are seriously interested in top-shelf marijuana products.