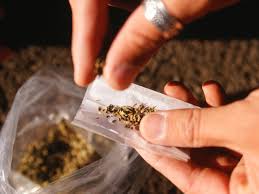 According to research Weed, commonly known as marijuana or cannabis, is usually detectable in bodily fluids for 1 to 30 days after last use. Just like with other drugs, it may be detectable in hair for several months. Weed detection depends on the dose smoked or ingested, as well as how often. In general, higher amounts and more frequent ingestions are associated with longer detection times. For daily users, weed may be detectable for several months after last use. This article looks at the detection windows for cannabis in urine, blood, saliva, hair, and more.

How Long Is Marijuana Detectable Via Drug Testing?

Drug tests measures marijuana and its by-products, or metabolites. It should be noted that these metabolites remain in the body system long after the effects of marijuana have worn off. We have the following drug testing methods:

According to a report by Mayo Clinic Proceedings, marijuana is detectable in urine for the following amounts of time after last use: Occasional users (up to three times a week): 3 days; Moderate users (four times a week): 5 to 7 days; Chronic users (daily): 10 to 15 days and Chronic heavy users (multiple times a day): more than 30 days. Marijuana metabolites are fat-soluble; implying that they bind to fat molecules in the body thus it can take some time for them to leave the body system. Urine testing is the most common marijuana testing method.

According to research work published Therapeutic Drug Monitoring, marijuana  is typically detectable in the blood for 1 to 2 days though in some cases, it’s been detected after 25 days as Chronic heavy use of marijuana  increases the length of time that it can be detected. Marijuana is detectable in the bloodstream within seconds of ingestion. It is usually distributed to the tissues and some of it is reabsorbed in the blood and broken down but note should be taken that its metabolites may remain in the bloodstream for some days. Blood testing can be used in a laboratory setting or to indicate recent use of cannabis.

According to a  review published in 2014  on cannabinoids in oral fluid, marijuana  is detectable in saliva for the following amounts of time after last use: Occasional users: 1 to 3 days and Chronic users: 1 to 29 days. Marijuana can enter the saliva via smoking and exposure to smoke. However, the metabolites of weed are only present in saliva when it has been smoked or ingested and in jurisdictions where weed is legal, oral fluid may be used for roadside testing.

According to research, hair follicle tests assess drug use for up to 90 days.  After smoking or ingestion, marijuana reaches the hair follicles through small blood vessels and trace amounts may remain in the hair and since the hair grows approximately 0.5 inches per month, a 1.5-inch hair segment taken close to the scalp can provide a window of marijuana use for the past three months.

How long does marijuana take to break down or metabolize?

What Is CBC and What Are the Benefits of This Cannabinoid?

February 3, 2020
Buy Marijuana online without any risk. Buy Weed Online without medical card or prescription. Entirecannabis Sells Top-shelf Medical Marijuana Products online.
No random orders. Place an order only when you are ready to pay. This website is only for those are seriously interested in top-shelf marijuana products.